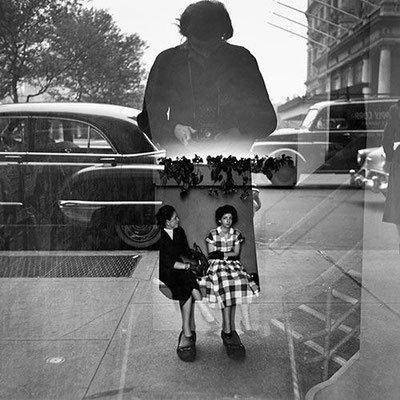 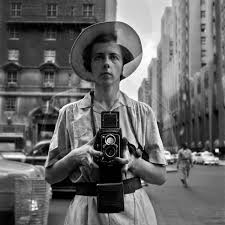 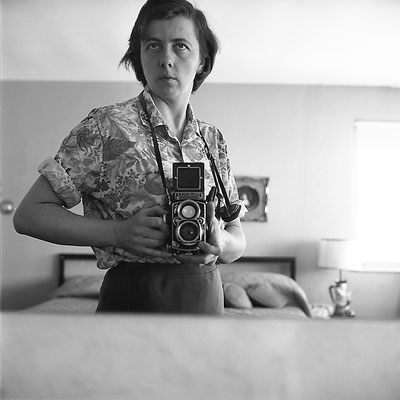 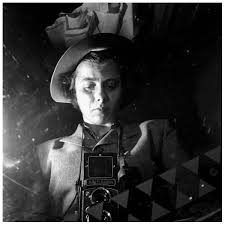 Maier worked as a nanny her whole life, but always carried a camera with her.

Her work was totally unknown during her life, in fact most films were never developed.

Thanks to a collector who bought several boxes of her work at an auction, her work became famous after she died.

She mostly phtographed street scenes, but I wanted to show her fabulous selfportraits.