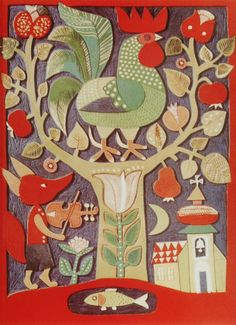 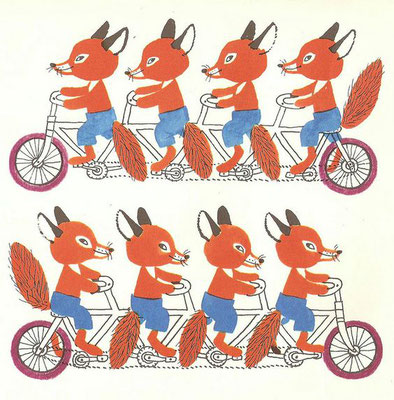 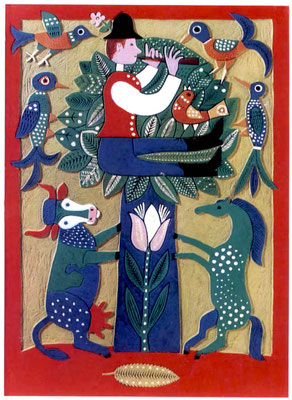 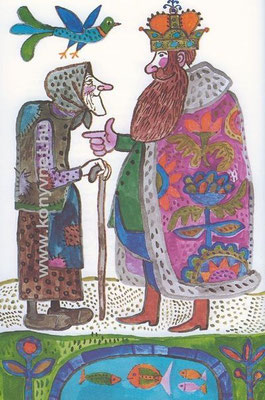 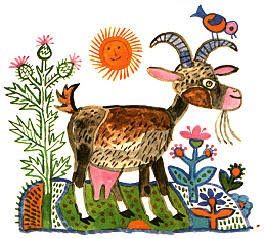 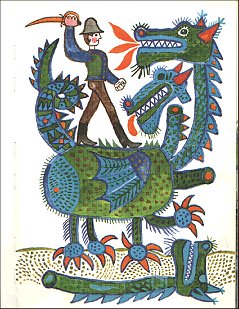 You can see immediately that his work is Eastern European. He approaches his subjects in an almost decorative way, like in folk art.

His choise of material however is unusual: he seems to have embrased the humble felt tip pen, for some purist the least of materials. And the two outer illustrations on the top row  seem to be linocuts, but with the lino itself colored in!

So he had one foot in tradition, and the other foot firmly in experiment.