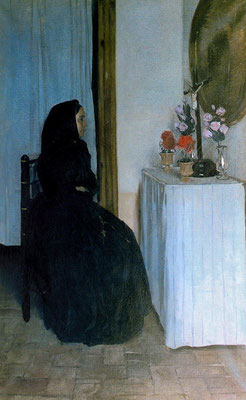 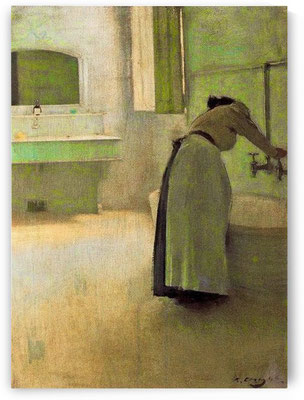 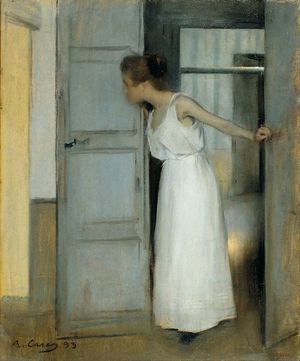 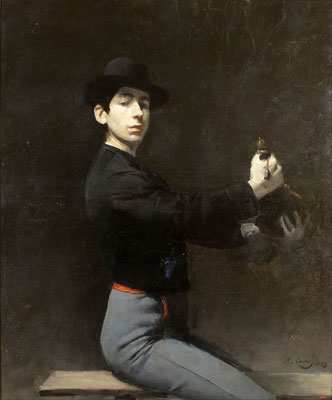 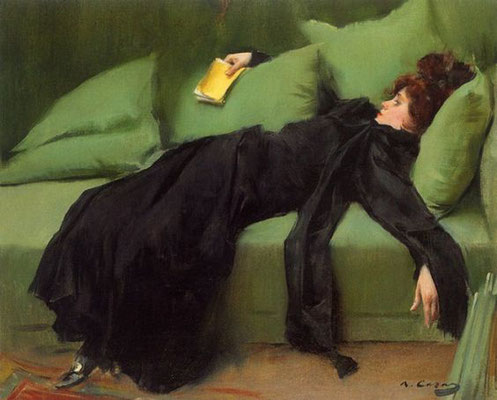 The Spanish painter Ramon Casas i Carbó (1866-1932) was the son of a wealthy Catalan family.

He worked in paris off and on, and also in Cuba and America. He was considered an avant garde painter in Spain. But later in life his art was thought of as oldfashioned.

It is above all unmistakebly Spanish : I find it striking that Spanish paintings are often very dark and heavy. You wouldn't expect that of artists from such a sunny country.