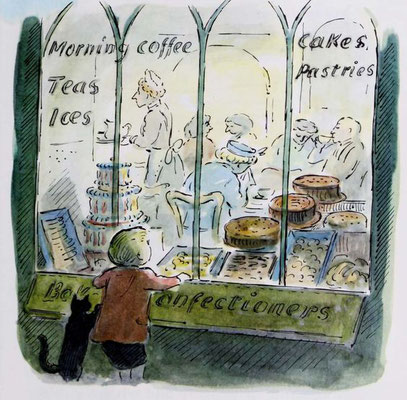 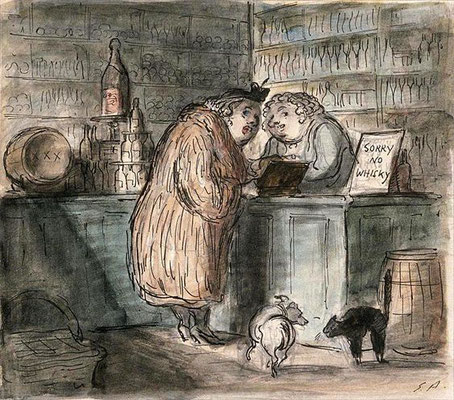 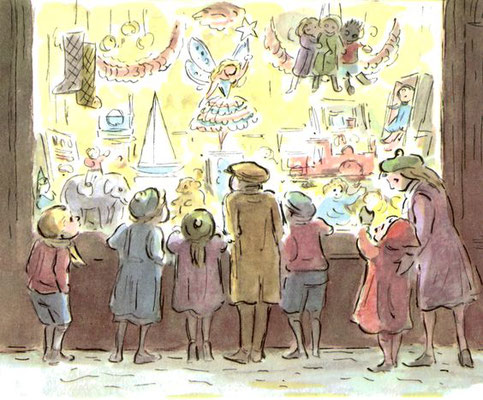 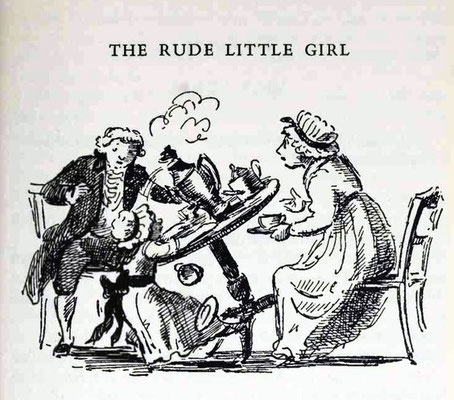 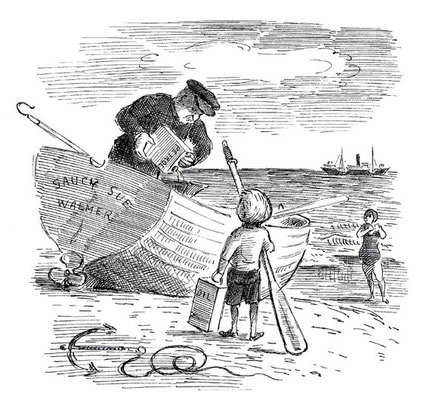 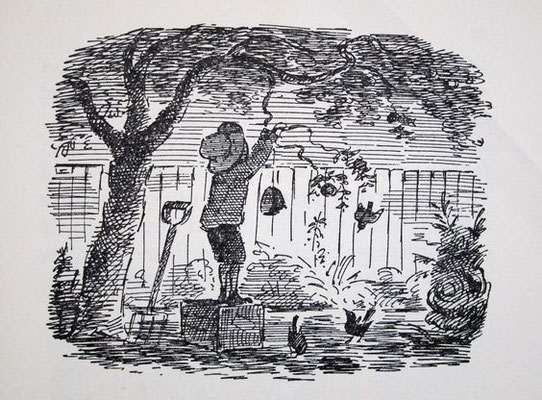 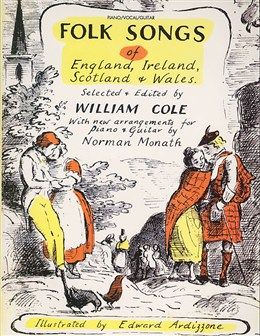 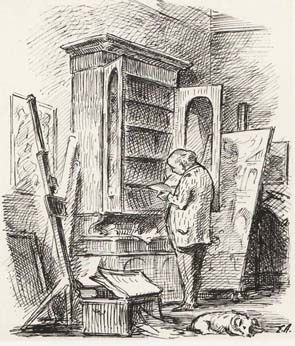 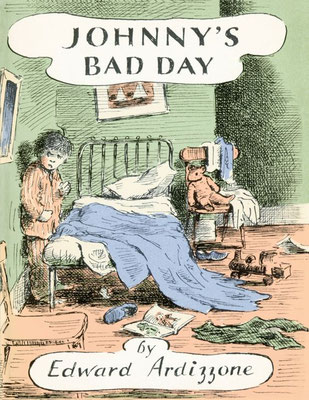 Edward Ardizzone (1900-1979) was born in Vietnam from a French father and an English mother.

In 1905 his mother took Edward and his two siblings to Britain, where they lived mostly with their grandmother. Their mother returned to their father in Vietnam.

Ardizzone was a painter, a printmaker, worked as a war artist in WWII, and wrote and illustrated children's books.

And what illustrations he made! They have a warm woolly atmosphere that sucks you right into the story. I love his work.

The drawing in the middle of the bottom row is a self portrait by the way.