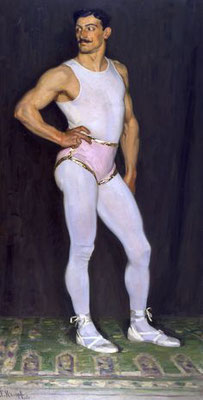 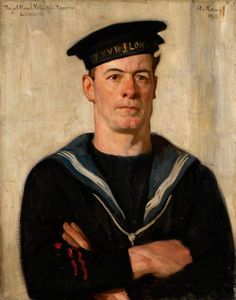 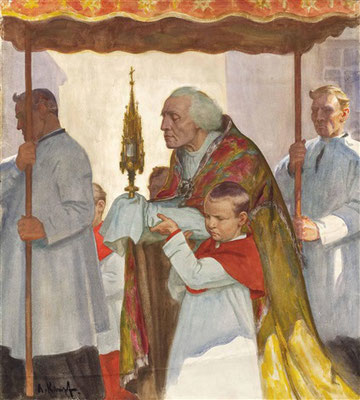 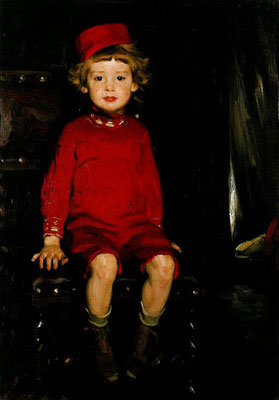 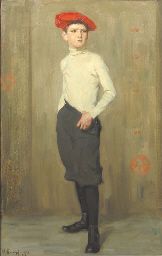 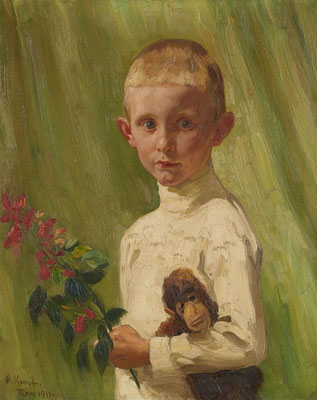 On Pinterest I came across the portrait of the sailor, beautifully painted and vaguely comical, and later I saw the circus artist, also making me smile, by the same painter.

I was curious and sought out more work by this German painter Arthur Kampf (1864-1950) that I had never heard of.

Beside a lot of genre paintings I found some beautiful portraits by him, that i wanted to share.

And then I read on Wikipedia that the guy was a nazi member, and part of the Gotbegnadeten, the artists that Hitler thought of as good, the opposite of the Entartete artists.

Not worth the name Monday hero then!

I was very much in doubt now if I wanted to show the work, but in the end decided that the portraits were worth it after all.

Especially the boy with the monkey.